F is for Friends 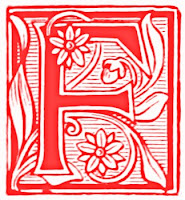 I only played with long-time (childhood) friends for most of my gaming career. As time went on, as time is wont to do, those friends left the roleplaying fold for myriad reasons.

A big reason why I stopped playing for years was my fear of trying to reach out to strangers in order to play.

Plus there was a supreme lack of a nearby FLGS in my area in which to congregate. And I was alway loath to invite lots of strangers to wherever I was living at the time...I know that sounds a mite paranoid but there you go.

But the need to return to the table-top was so overwhelming in the last couple of years that I was able to overcome my trepidation and get into some groups of strangers, in the hopes of becoming accepted among them.

I played in a Pathfinder game with a large group of people, but that didn't work out (no harm, no foul). I just didn't fit in with the Pathfinder system that they loved. And yes, there were some personality differences that made things a tad uncomfortable. But I got out of that situation without my drive to roleplay being damaged at all.

Then I lost my old job, and got a job much closer to one of the few great FLGS in the area: All Things Fun!

I saw my chance to get into a game with some new people and I ran with it! I went to TrollCon East in early 2011 and met some great folks. One of those people started a Castles & Crusades game, and I joined up. Since then I've run my own C&C campaign, and now I'm ready to run some Labyrinth Lord starting in May.

I'm glad that I pushed through my wariness about meeting new gamers. My current group has definitely become a group of like-minded friends. I'm doing some great roleplaying now, the kind of roleplaying that is nearly as good as when I was a teenager starting out in the hobby. And all this thanks to some new comrades-in-arms.

So, please, if anyone wants to share about your own experiences with gaming with friends, getting into games with new people, all of that stuff...please, I'd like to hear from you!
Posted at 8:53 AM