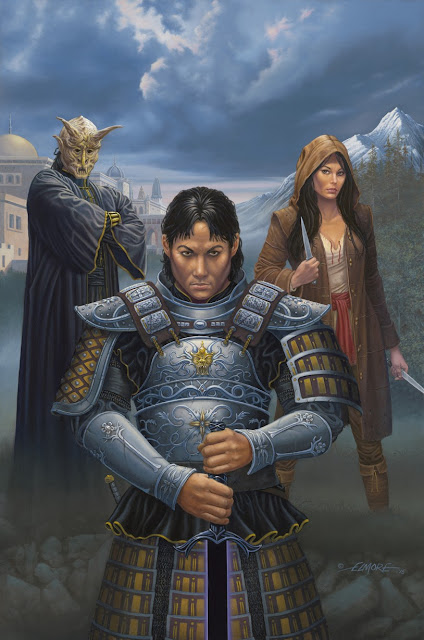 I love this cover illo by Larry!

I had seen a new fantasy novel called Son of the Black Sword in the local library, but had mostly ignored it for a while. I have to admit that I'm something of a fantasy snob.

But if I'm a snob, I'm also a curious one. I had to at least look at the book, to confirm my disdain had merit!

Lo and behold, I flipped open the cover of the hardback, and right inside I discovered Larry Elmore's art staring back at me! I had to at least try to read the damn book!

I've read  the first chapter or so, and it's not bad so far. I also found it funny that the author's first name is also Larry (Correia)! Larry and Larry working together!

The setting seems to be somewhat Asian-flavored, especially due to the fact that the protagonist was wearing lamellar armor (however, Elmore's illo makes it look more like steel, I have to say) and there's a rigid caste system in place that includes untouchables).

And because I'm a roleplaying maniac, I was reminded of the setting from Scarlet Heroes.

Anyway, let's see if the book can hold my interest as deeply as the cover captivated me!
Posted at 9:50 AM 0 comments 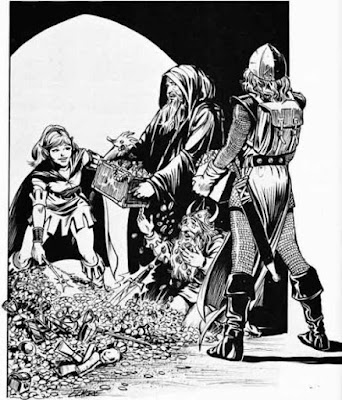 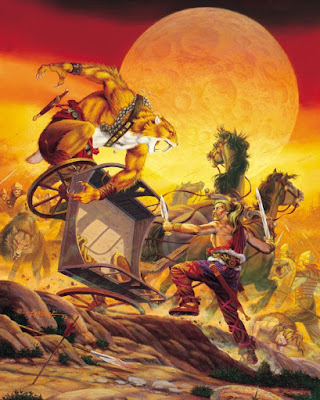