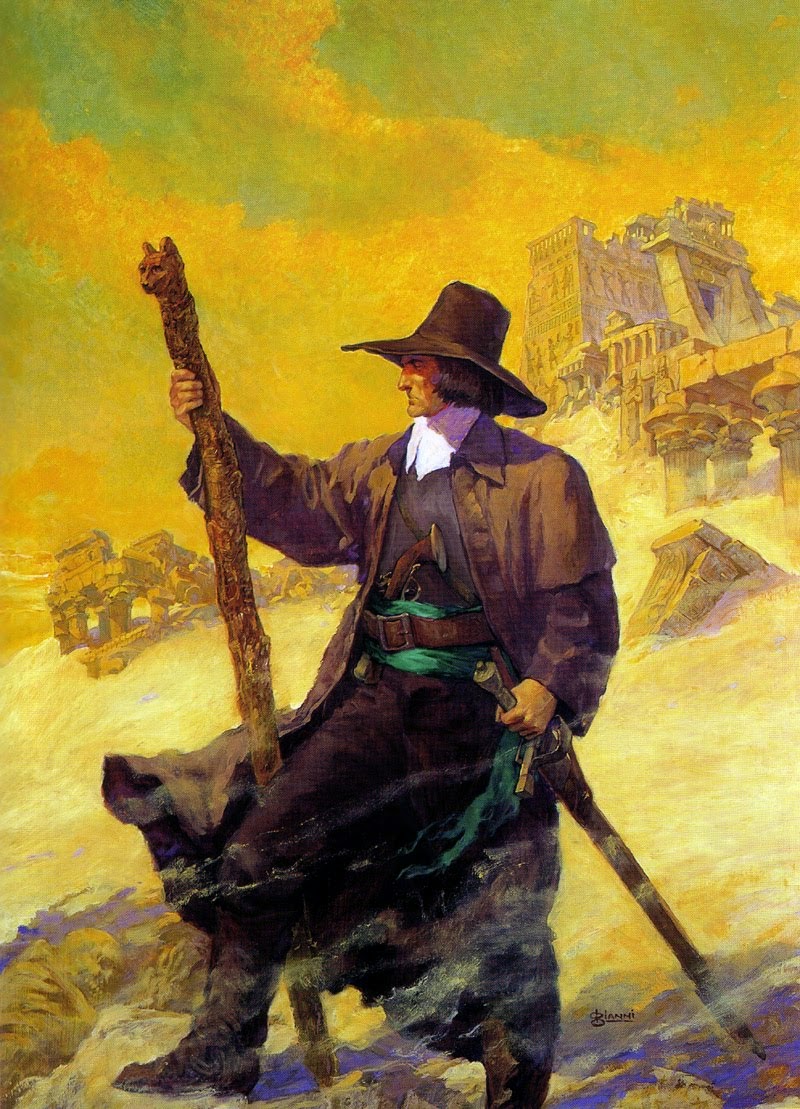 No Elmore this week, because I'm finally getting around to finishing the Solomon Kane stories I've been putting off. Thus, the illo above. Rock on, Puritan adventurer! Gary Gianni has rendered you in glorious form!
Posted at 1:54 PM 0 comments 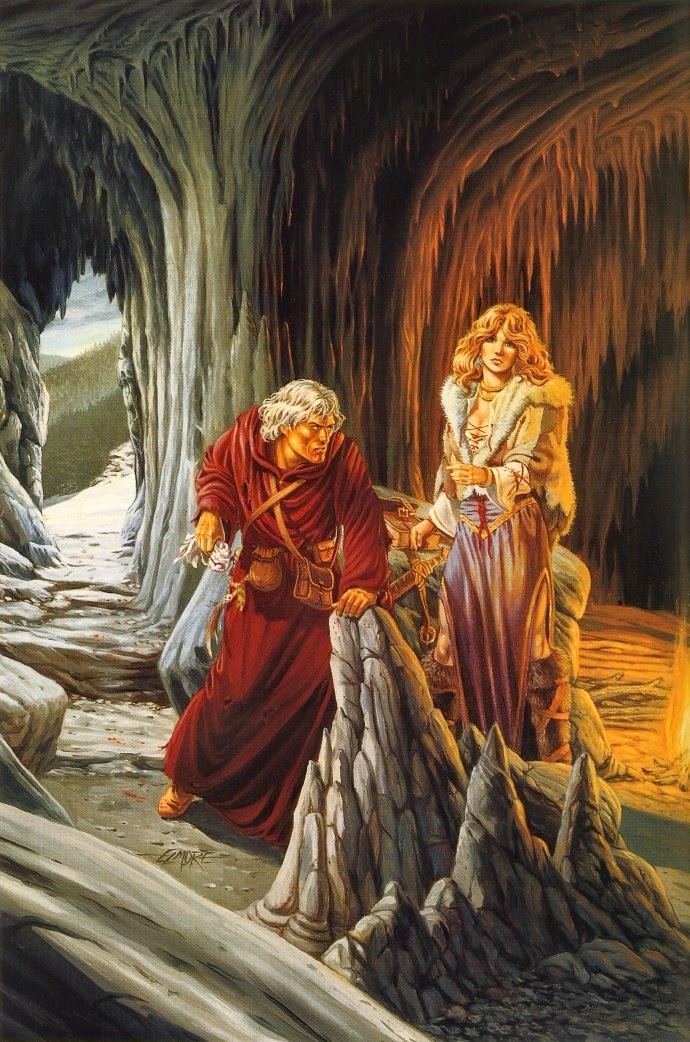 Back by popular demand!

Thanks to those of you who reached out after my post yesterday, it really meant a lot to hear from you, to tell me that you missed me blogging.

However, don't expect a return to any big posts for the foreseeable future. But for now, I think I can at least get back to the Elmore art posts, for a start.

In more, probably depressing (at least to me) RPG news, I haven't yet picked up any of the 5E books. I do have the Starter Box with the downloaded Basic Rules tucked safely inside, though. I just know that I won't have time to read and digest the new books in a satisfying way, not at the moment.

Anyway, kids, have a great weekend and I'll see you out on the blogosphere!
Posted at 9:46 AM 0 comments 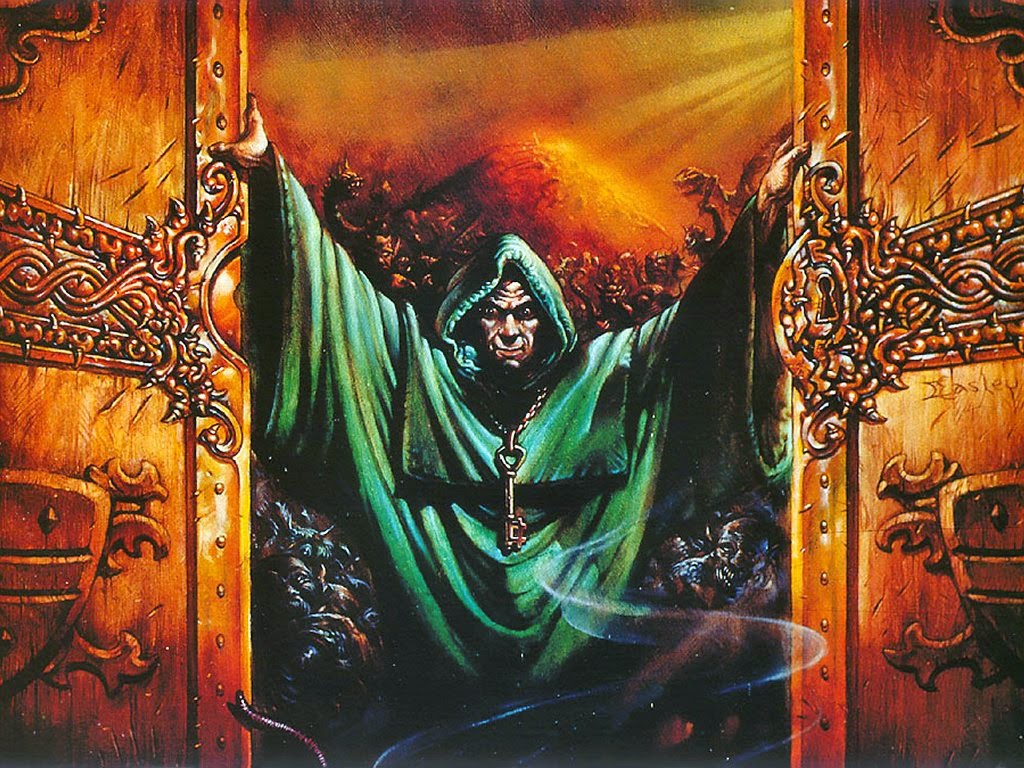 Well, I've finally gone and done it. I became one of those RPG bloggers who drops off the face of the earth one day, and just stops posting with no explanation.
I apologize to one and all...or at least, to those who may actually care!
I could make a joke about how everyone's been SO devastated about my absence. But perhaps some of you miss me?
Hey, someone emailed me to ask if I can add a print function to my blog! To that emailer I say "please be patient, I'm working on it"!
Anyway, without boring you, here's the short story: I've finally reached a critical mass of insanity in life that, as scary as it sounds, I lost complete track of the blogosphere and in particular my own blog. For once, I was totally unable to think about the blog for a few weeks.
As I said, scary. It's scary because I don't like the implications. In other words, my life circumstances finally pushed thoughts of roleplaying (which are usually on my mind at some point during the day) to totally subconscious levels.
I just don't like that idea.
But I've made my life this busy, and I really have no regrets. I'm happy with what I've been doing in life other than roleplaying. But there's still something that pains me about the whole thing.
Okay, enough self pity. What's my point, eh? Well, here it is: I'm officially stating that I'm going on an indefinite hiatus. It really sucks to write that, but there you have it.
Alright, I've got to run, but for the time being know that I may not be writing here for the time being, but I'm indeed reading what all you wonderful folks are writing.
Until we cross paths again, happy gaming to all!
Posted at 12:18 PM 4 comments