End-of-Year Art-ravaganza 2021: The Door to Adventure! 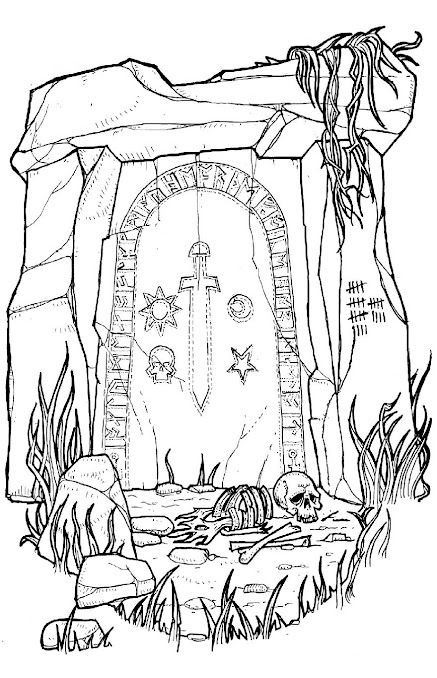 May your 2022 be full of doors to adventure! 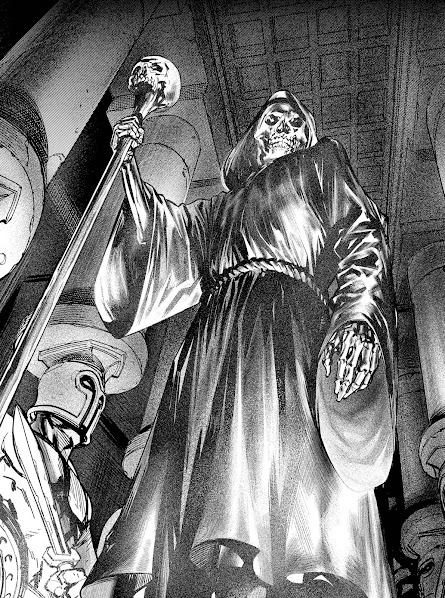 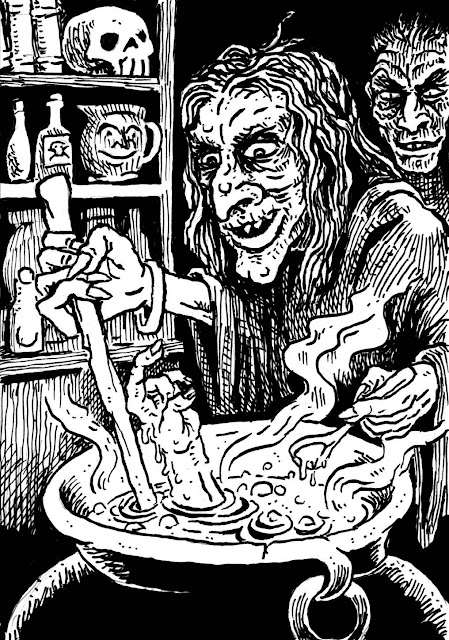 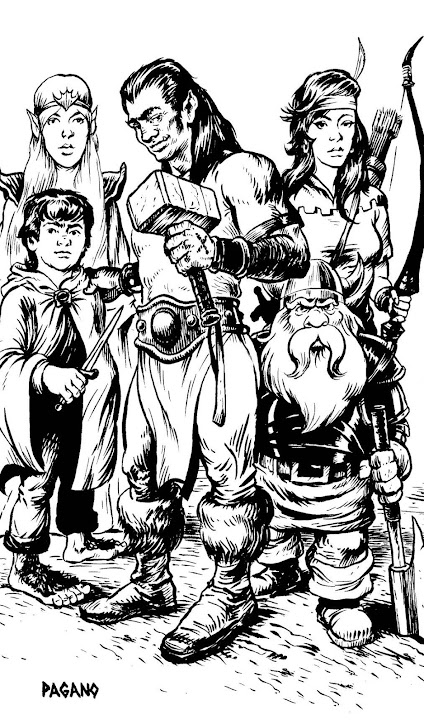 End-of-Year Art-ravaganza 2021: There's Something in Your Eye... 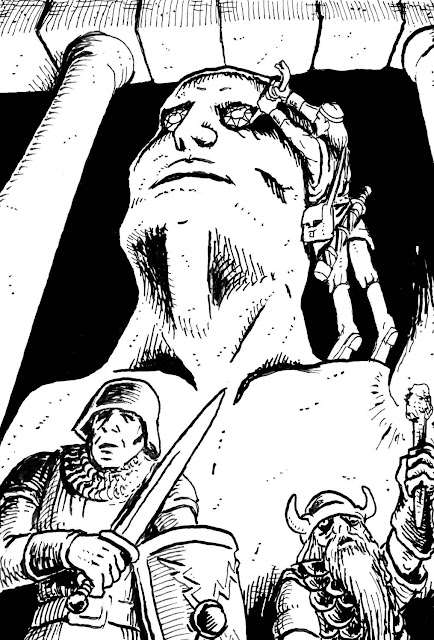 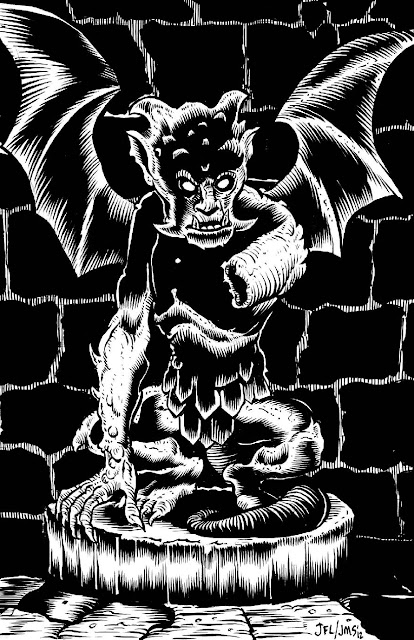 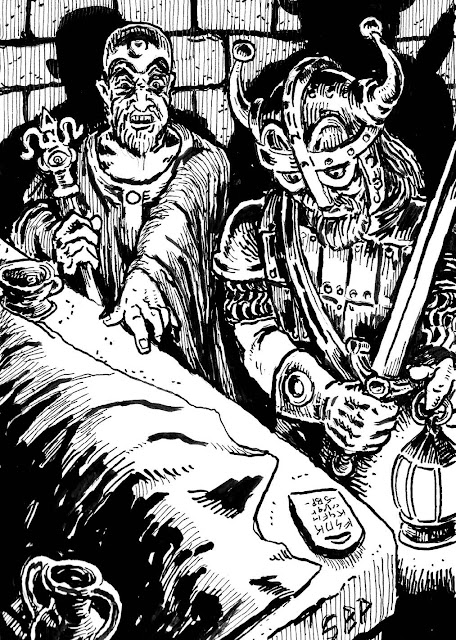 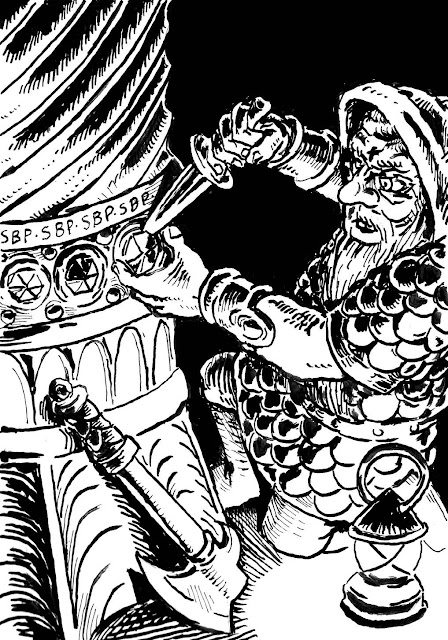 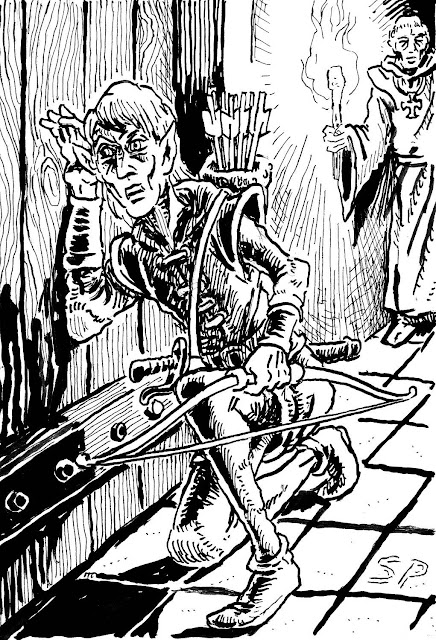 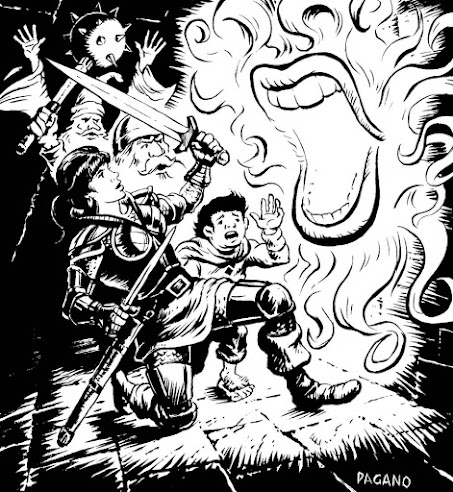 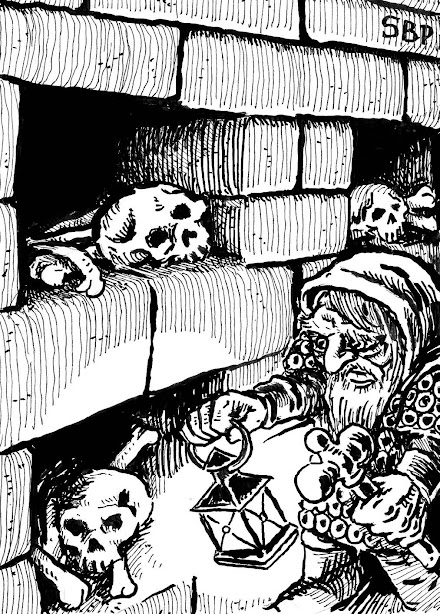 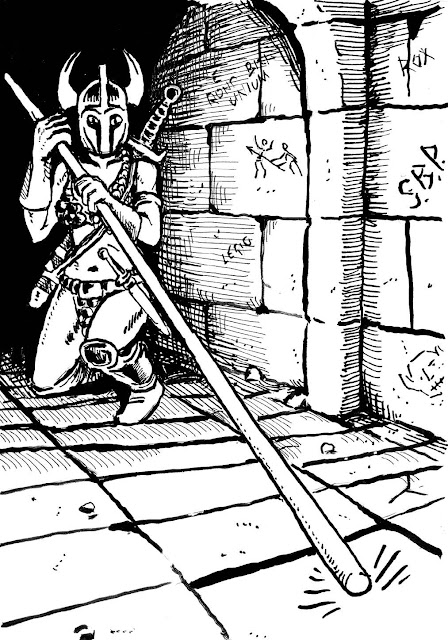 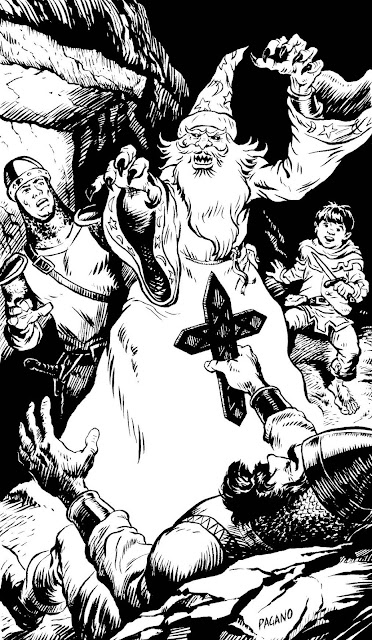 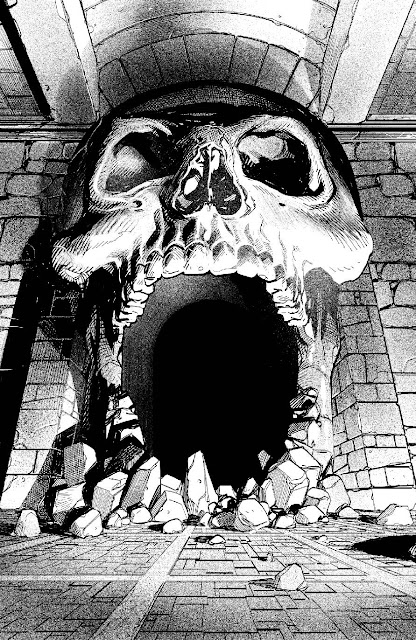 End-of-Year Art-ravaganza 2021: Sword in the Barrow 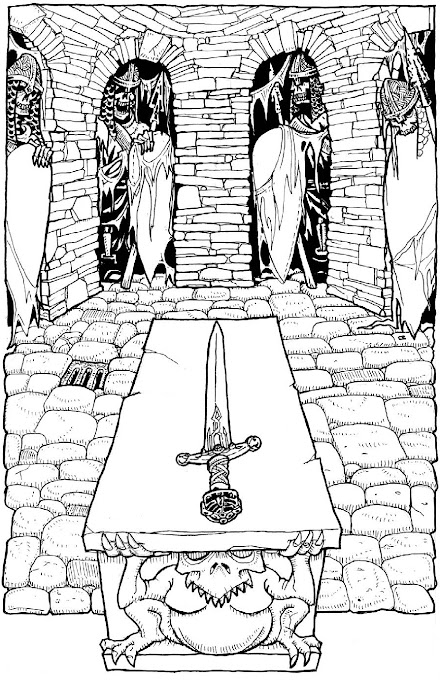 End-of-Year Art-ravaganza 2021: Rise Above the Polearms! 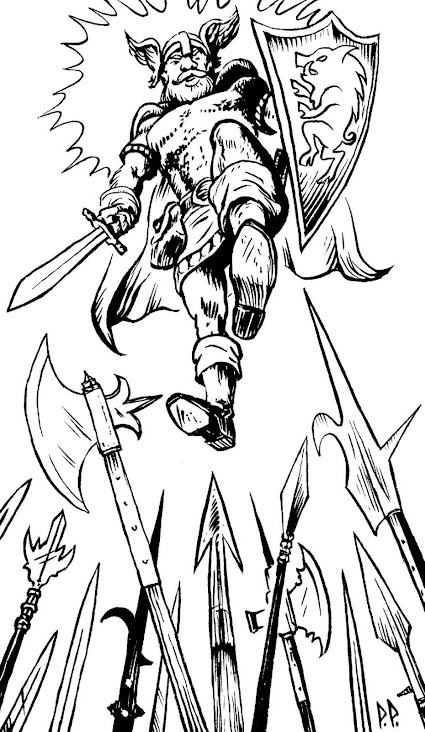 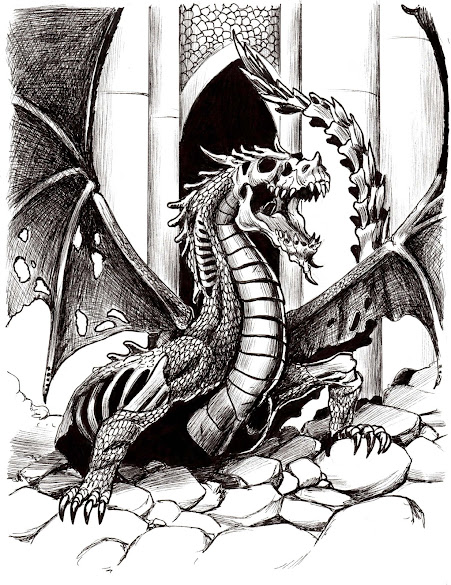 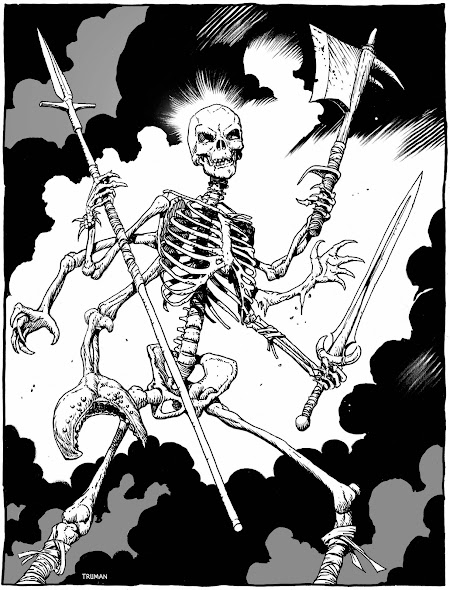 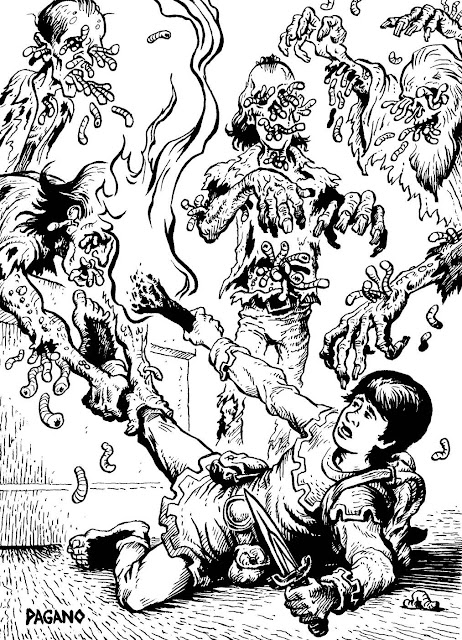 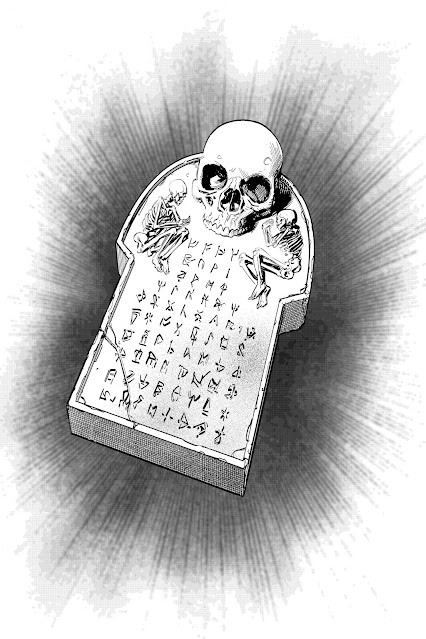 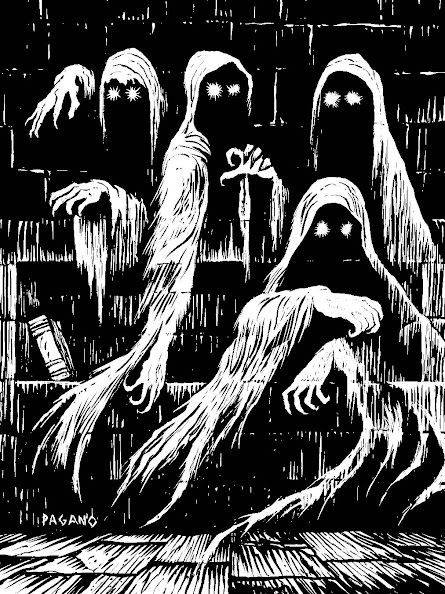 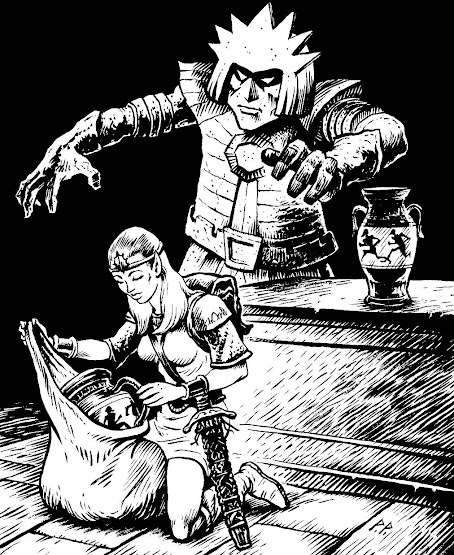 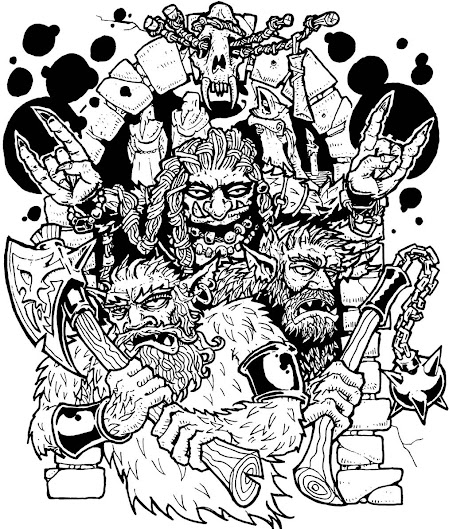 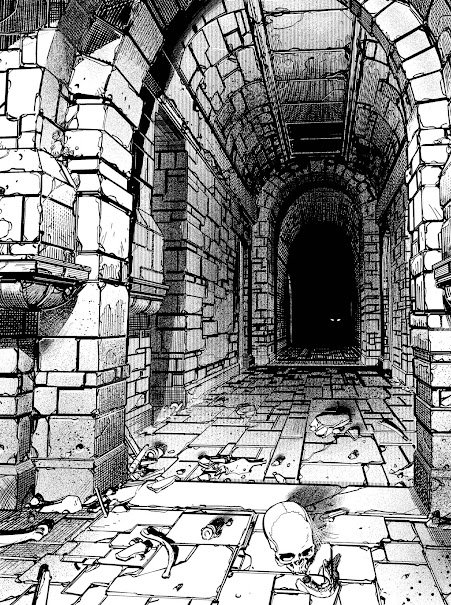 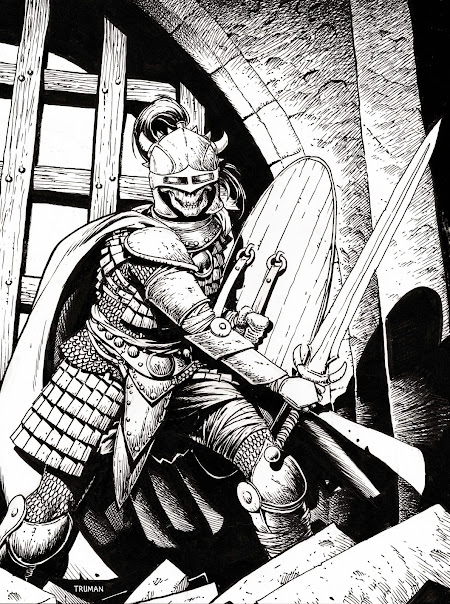 End-of-Year Art-ravaganza 2021: A Drink Before Dying 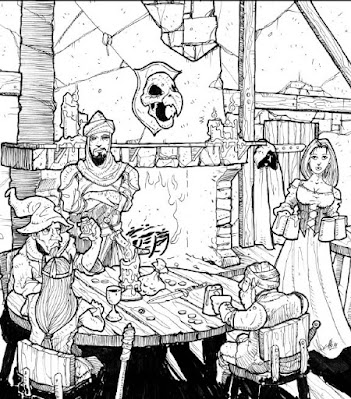 Seriously, if you haven't bought Barrowmaze yet, and you want to run an old-school megadungeon, go buy it now!

Yes, I actually do sometimes wonder why I keep shouting into this blog void. Thanks for theoretically asking, theoretical reader!

Maybe I'm just stubborn. Maybe I have some instinct to never release my death grip on my desire to roleplay. Maybe this desire is some vestigial defense mechanism left over from my sometimes-garbage childhood, when books and roleplaying were escapes from abuse. Maybe this never-ending obsession with roleplaying is unhealthy, a crutch, something I should relinquish.

Maybe I will, someday. But not today. Not for the foreseeable future. Granted, I'm pretty myopic (a classic nerd trait) so my foresight is pretty limited, especially without my glasses.

I've been soldiering on, keeping this here blog (is blogging dead? I'm sure my Gen Z kids don't even know what it is...) alive for...some reason. Maybe the reason is merely one effort to stave off thinking about the inevitability of death. Isn't that part of life? To defer thinking about mortality for as long as possible?

I'm really not that nihilistic, though, I swear. Sure, I'm struggling with depression, but most of us seem to be in this current reality, amirite? When I feel overwhelmed by the sadness, I wander down to my basement lair (yes, not being ironic) and peruse my roleplaying bookshelf. As usual, I'm assaulted by simultaneous happiness and gloom (that's life, also). The implication of those rows of books never loses the bittersweetness: here is all the material for more than a lifetime of gaming wonderment, which I'm not doing.

In case you haven't noticed (or even care, oh theoretical reader), I've been mostly posting images for years. I've been posting gaming art that inspires me to...well, to keep dreaming of gaming on a regular basis. Shit, I'd take even a semi-regular basis at this point in my existence.

You may have also (theoretically!) noticed the number of posts since 2017 have been in the 40's. Since 2017, I've made the number of posts match my age. Clever, eh? Nope. No, it's not. But anyway, since I'm an English major and math is like occult magic to me, I decided years ago to match my age until I actually (maybe someday) post more blogs organically than my age in a given year. Alas, once again, this was not that year.

SO, expect the usual annual barrage of end-of-year image posts, folks! I gotta hit 46 this time around!

I started this blog over a decade ago because I...well, I got excited about roleplaying again. I wanted to add my voice to the chorus of the OSR, in whatever way materialized. But I've always been a scattered one (thanks, mental illness, much appreciated). And like most other efforts in my life, I gave it a lukewarm, half-hearted try. But perhaps I'll tell myself once again that there is honor in the trying. Maybe I'll let myself still believe that, too.

Perhaps dreams are enough to sustain me. At least for another year. Someday, the dreams may run out. After that...I'm not sure what I'll do. I dare not think about it. So I'll continue to be like the protagonist of The Raven, and continue to ponder, weak and weary, over all of my quaint and curious volumes of forgotten roleplaying lore. Until some dark bird finally tells me nevermore (okay, maybe I just stepped over the line of trite and maudlin emo territory but...there it is...)

Well, thanks for theoretically reading! I hope the new year is more conducive to roleplaying, even if it's just in our minds.

Once again, in Barrowmaze... 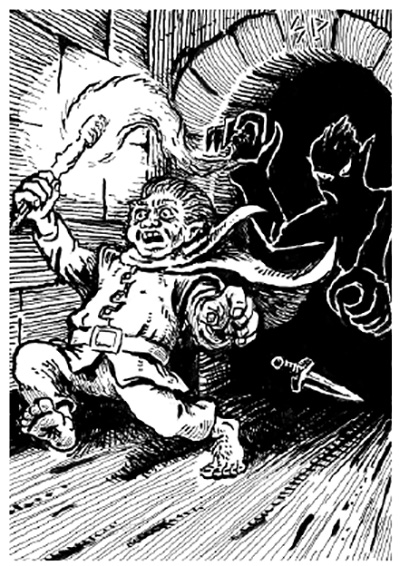 I am planning, plotting, and scheming...always so...because I am obsessed with roleplaying. I think about it when I'm reading novels, when I'm watching fantasy shows and movies, when I fall asleep at night, when I get bored at work...

I want to run Barrowmaze. I hate COVID-19, and adult responsibility. These twin viruses conspire to keep me from gaming as much as I'd like these days. I know, I've been whining about lack of roleplaying here for more than ten years now! I can't even comprehend that, even as I write the words. Once more unto the breach, indeed. Every day, every daydream about roleplaying, is a sally toward the breach again. Over and over, I throw my mind and imagination into the fray.

But I want reality to replace my fevered imaginings. I want laughing faces and beating hearts and slitted eyes of suspicion at a gaming table. I want hands rolling polyhedrals, heart-clogging foods and snacks, the underground smells of a basement. I love it. I have an unhealthy desire for it. I will make it reality again.

So, Barrowmaze. I lurk through your benighted, silent halls on the daily, and nightly. I crave to unleash your undead hordes on unwitting and foolish adventurers. I plan and prepare to dungeon master once again. Someday, I will see the looks of apprehension and joy on the faces of players over the top of my DM screen.

Once more unto the breach, dear roleplayers!