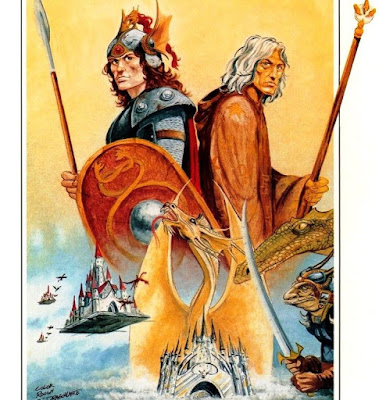 Of course, I end the year on an illo by the master, St. Elmore himself! This is a cool one of Caramon and Raistlin. It feels like an early version of the two iconic Dragonlance characters... but I could be completely wrong! 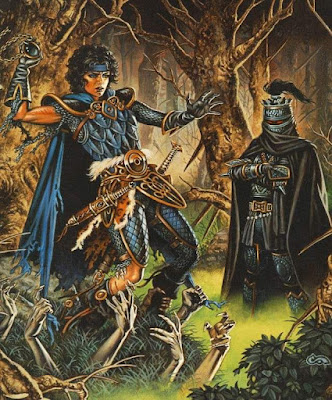 I love this illo by the fantastic Clyde Caldwell depicting Lord Soth getting handsy with Kitiara! Caldwell is another Elmore contemporary and one of the TSR-era illustrators who lent his talents to bring 2nd Edition D&D to vivid life. I may no longer be a huge fan of that version of the game, but the art of that era has left a lasting impression on me!
Posted at 4:46 PM 0 comments 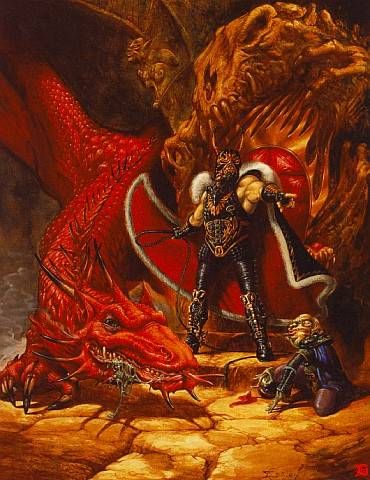 Ah, the villainous Verminaard, as depicted by the great Jeff Easley, a contemporary of Larry Elmore. Also shown is Fewmaster Toede, the disgusting hobgoblin, and Ember the red dragon.
Posted at 4:42 PM 0 comments 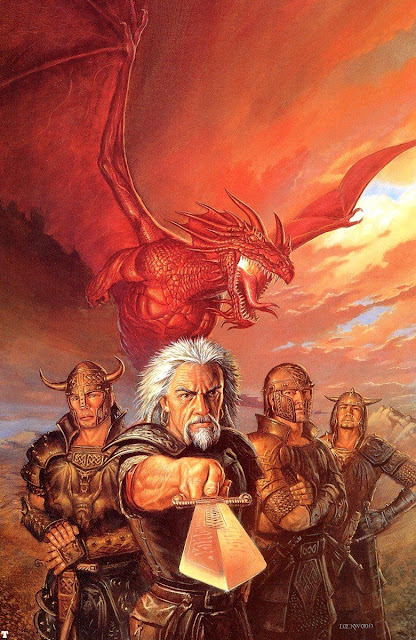 Another Dragonlance illo, this one by Todd Lockwood, a more recent D&D artist. I tend to like his work a lot. Not sure who these mugs are, but they're probably not as tough as they're trying to look.
Posted at 4:37 PM 0 comments 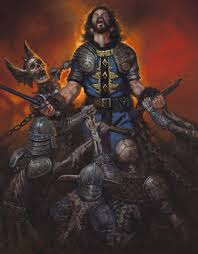 I'm closing out 2018 with a selection of Dragonlance illos from various artists. First up is Matt Stawicki. I'm not a huge fan of his work, but this piece really speaks to me!
Posted at 4:31 PM 0 comments 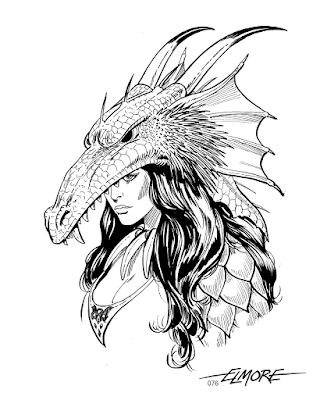 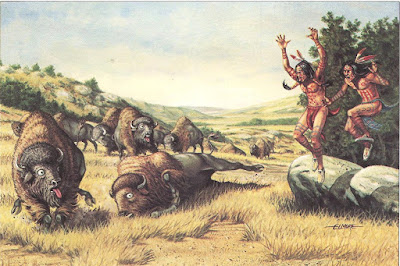