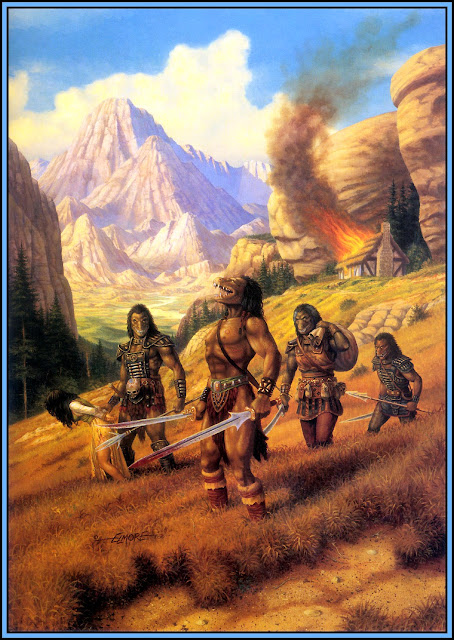 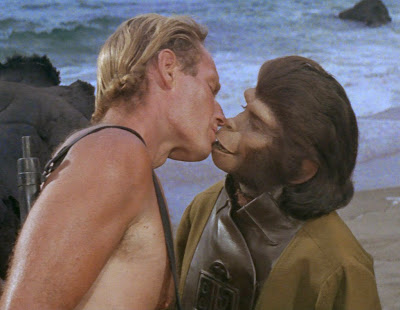 
Okay, that's harsh. I shouldn't say that about myself. How about this: I'm an inveterate dreamer and RPG lover, and said love makes me commit victimless crimes of roleplaying passion.
What sort of crimes, you ask? Well, how about this: despite my busy life and a self-imposed, indefinite hiatus from roleplaying in order to pursue other efforts, I've once again been daydreaming about doing my own variant of an OSR rule set.
Perhaps this urge has surfaced again because of the recent White Star release. Before that it was Warriors of the Red Planet and Jonathan Becker's excellent Five Ancient Kingdoms (this last offering, mind you, is more divergent from its D&D roots when it comes to mechanics, but it's still an offshoot). And let's not forget offerings such as Crypts & Things, Scarlet Heroes, and Astonishing Swordsmen & Sorcerers of Hyperborea, to name a few.
What do all of these have in common? They've tied the old rules to specific settings/genres (more or less). And that's something I've been wanting to do, in connection with a specific setting: the Planet of the Apes franchise.
So, I hearby officially and publicly call dibs on this effort! So there! No one can steal this idea now! Or else I will have sour grapes (a reference to a recent, particularly dopey non-kerfuffle...feel free to read up on it if you have some time to waste).
Seriously, I've been thinking about this "ape OSR adaptation" for at least a year-and-a-half. I really want to do it, as I love the Planet of the Apes (PotA) series and I think it would be great as an OSR-based RPG. I love the original movies, as well as the recent reimaginings from the last few years. Heck, I even liked the Marky Mark remake (that's REALLY proof of my adoration for the franchise). I've also been collecting the numerous PotA comics produced by Boom! Studios.
I have to ask: am I alone in the RPG blogosphere when it comes to PotA love? Just want to get a roll call of other ape-ophiles out there! If you're out there, declare your ape loyalty! If I ever do this, I'll be doing this for you and me!
In my little corner of the world, my ape love has made me an outcast. Okay, once again I exaggerate. More like, no one else I know seems to like the PotA franchise. I get funny looks and bemused questions like "why do you like it so much?" Hell, I've been outright ridiculed for my ape-fection!
Has anyone else experienced such anti-PotA reactions? Is this a franchise that you either love or hate? At any rate, in order to break my loneliness and isolation, I'll be seeking out ape communities online. Seriously, gimme a shout if you love some apes!
I expect I'll do some blog musings on this whole effort, but again, it will be a slooooooow development process. I see no near-term creation efforts happening. Ultimately, if someone else decides to run with the idea, I say Godspeed to them and best of luck. Let me know when you're done and I'll check it out! But I'm going to do SOMETHING with this ape-game desire.
If I don't, they'll have to put me in the madhouse. 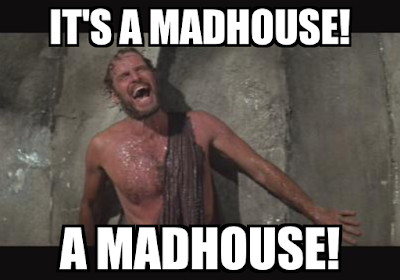 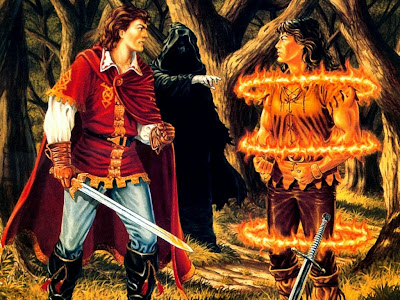 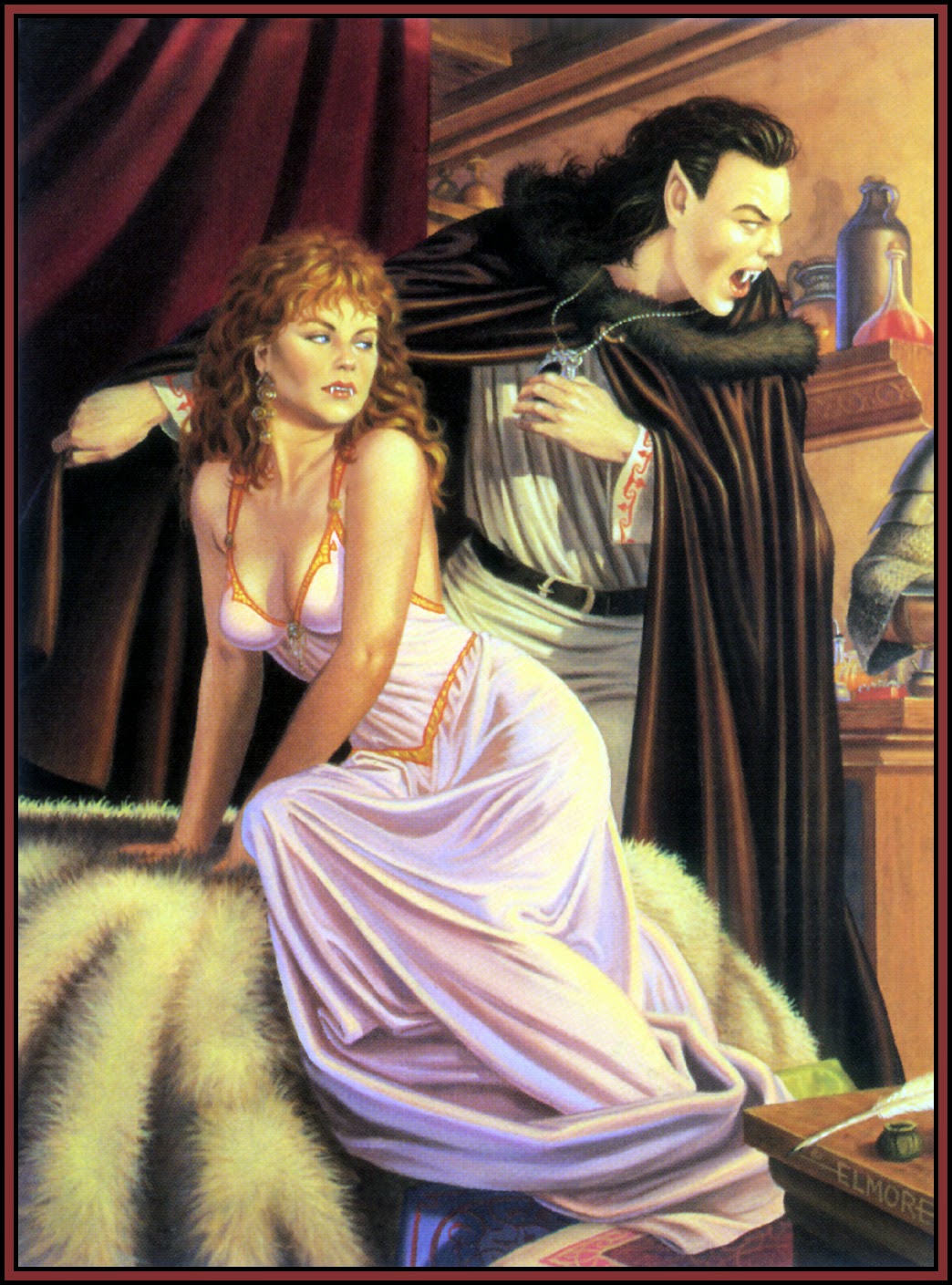 In all seriousness, I hope 2015 isn't sucking the life out of you.

See what I did there, eh? EH?! If not, refer again to the illo above.

Anyway, have a great weekend, kids! I'm planning on getting me and the kids involved in some Free Comics Day action!
Posted at 11:06 AM 0 comments