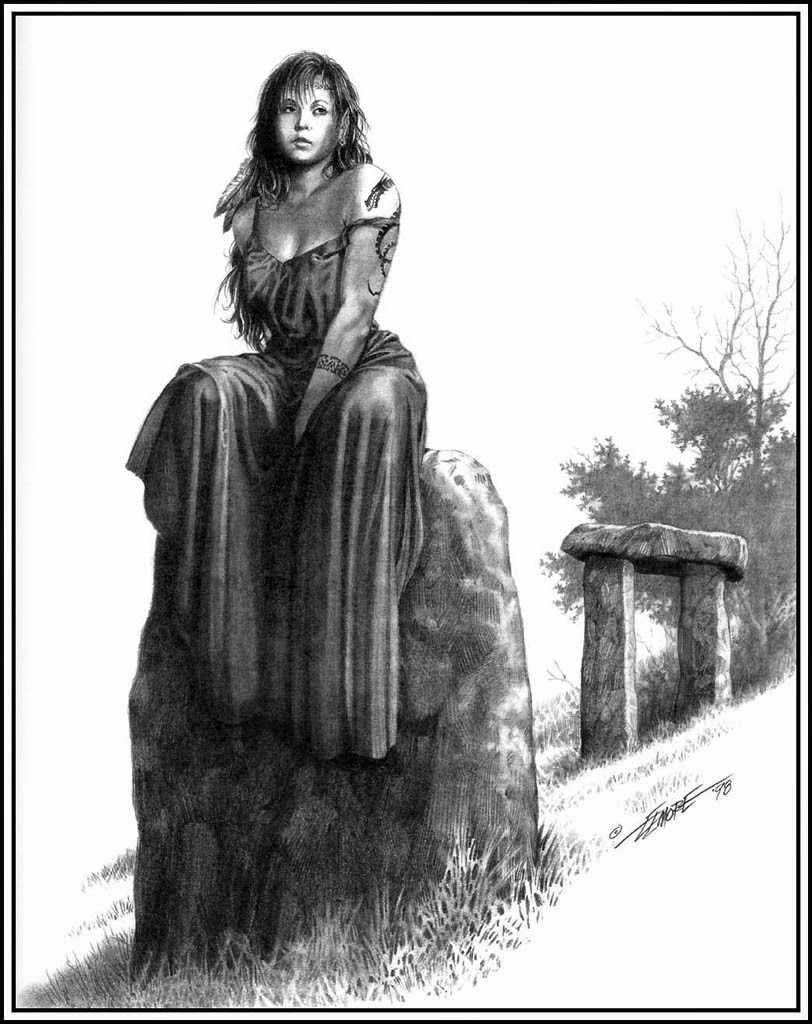 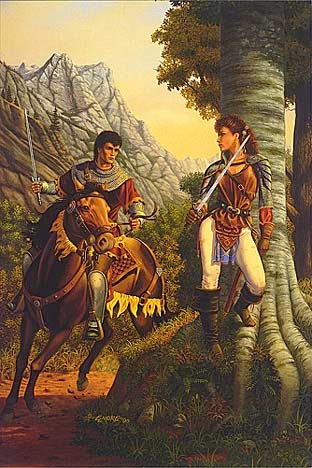 PUBLIC SERVICE ANNOUNCEMENT: In case you didn't know, the Rules Cyclopedia has been on sale this month at a deep discount through RPGNow! There's only two days left in the sale, so go grab the PDF for around $5 instead of the usual $25!
Posted at 9:57 AM 0 comments 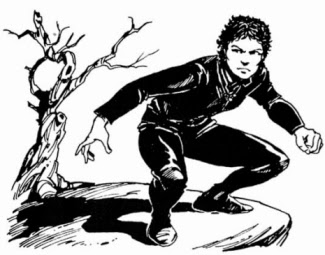 Happy Friday the 13th, fellow gamers! Instead of posting just some illo with a black cat in it, I give you...the Cat Lord himself (dressed in black, of course)! You may recognize this feline-friendly demigod from the AD&D Monster Manual II. I never got around to using him in-game during my many years of DMing, but perhaps I'll use him as an interesting antagonist/ally for my kids in our upcoming campaign.
Posted at 9:22 AM 0 comments

Time to Give My Kids a DAGGER! 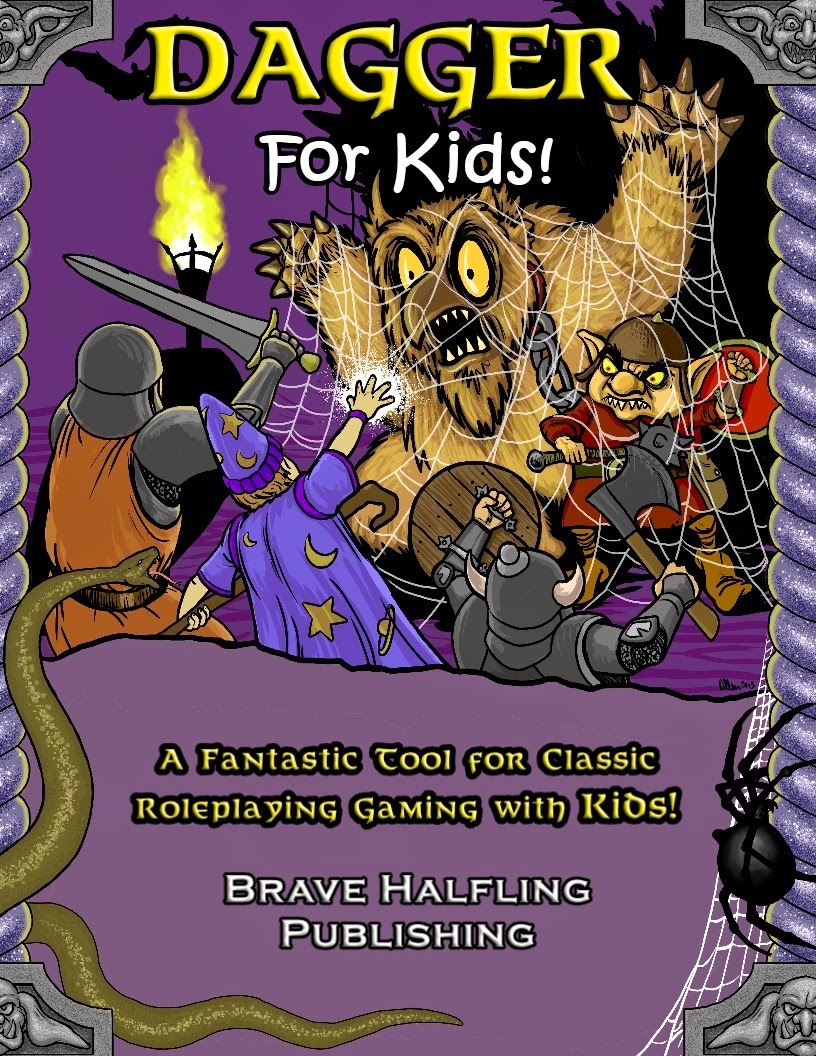 Yes indeed, I've decided it's time again. Time to once again attempt some roleplaying with my kids, that is! In the past I've run them through some short home-made scenarios using the Basic D&D rules, but they were a year younger than they are now when I made those attempts. Now they're both over the age of five, and I think they will be better able to grasp the basic concepts.
Helping us this time around will be Dagger for Kids, the neat little booklet of truncated Basic D&D rules from Brave Halfling Publishing. I think there might still be too much going on for them in the way of rules when it comes to the Basic rules, so I'm going to use Dagger in conjunction with either the actual Basic books or something like Swords & Wizardry/Labyrinth Lord.

Getting my kids into roleplaying is going to be awesome, for a number of reasons:

So, I'll be reporting back on our adventures soon. I hope to get our first game of 2015 going tomorrow night! Can't wait!
Posted at 9:56 AM 2 comments

For good or ill, I'm heading into the Hyborean Age! 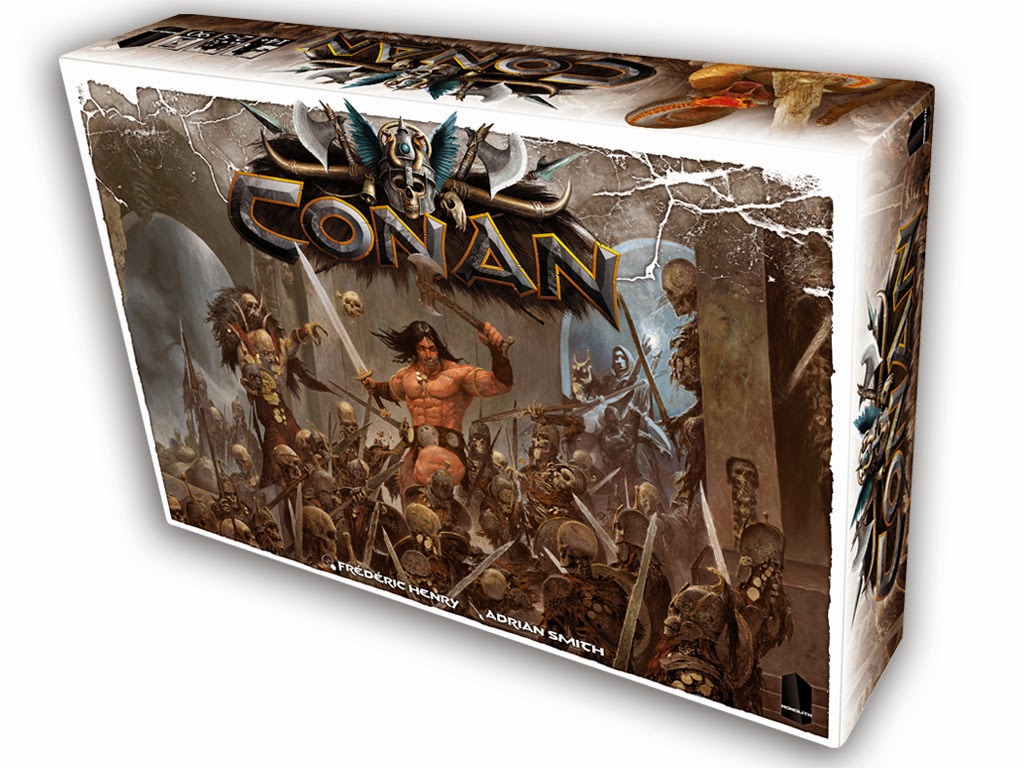 I did it, folks. With just over an hour to spare in the campaign, I finally decided to dive in and become a "King Level" backer for the Conan board game Kickstarter, by the relatively unknown company known as Monolith. How could I resist, when the game is now "the most successful board game in Kickstarter history"?
I know, I know. The game's original goal was "only" $80,000, but is now over $3.2 MILLION! On top of the core game, it has about a million stretch goals and add-ons that need to be delivered, and it's all supposed to happen by October of this year! Wowy wow wow, right?
Let's hope this doesn't become the most dramatic crash and burn in Kickstarter history, eh? But hey, I'm nothing if not an optimist. Me and 15,622 backers (and still counting for the next 45 minutes or so until the end of this thing, as I write this) couldn't be wrong, right?
The paraphrased words of Arnie's Conan come to mind:


“Crom, I have never prayed to you before. Valor pleases you, so I bid big on the Conan board game Kickstarter. Grant me one request: let this Kickstarter deliver on its promises! And if you do not listen, then to HELL with you…and please help me get a refund!”
Posted at 12:13 PM 2 comments

"Hi, my name's Anthony, and I'm a Dungeon Master."