A is for Aspiration 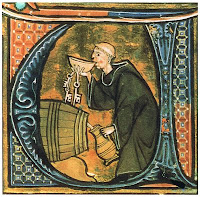 Just a note: I didn't participate in the A to Z Challenge last year, but this year I'm going to try it out as a way to give myself an outlet. An outlet for what? Well, for my current efforts to get a new campaign going in the wake of my last campaign's ending.

I'm not sure if I'm going to adhere to the exact rules of the challenge, and I don't really care. I'm just going to do this damned thing.

To what am I aspiring? To use the month of April to prepare for a new campaign slated to begin in early May. I am planning on running "Basic D&D" for the first time in my life. As some may know, I've only ever played AD&D and variations (Castles & Crusades). I never played Moldvay / Cook / Marsh or Mentzer.

But I've been feeling that urge (been reading too many blogs that extol the Basic D&D virtues, especially B/X Blackrazor)! So, I want to run Labyrinth Lord at my FLGS on Wednesday nights, now that I've ended the Castles & Crusades campaign that I was running on that night.

So for the next month, I'm going to bring you my trials and tribulations as I prepare for this new roleplaying journey! Here's hoping I don't crash and burn! ;-)

Here's some of what I hope to accomplish over the course of April:
Well, that's all for now. Wish me luck, folks!
Posted at 4:29 PM