I is for Inspiration 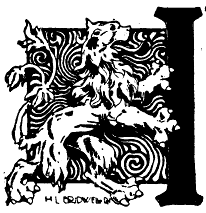 What inspires you? I want to know! Please chime in about what provides you with inspiration for your gaming efforts.﻿

Me? Well, this isn't necessarily an exhaustive list, but here goes:

The art from the 1st and 2nd Edition eras of AD&D!

And also my fellow bloggers such as those found in this blog's Scroll of Honor blog roll. I give thanks to you all for your boundless energy, devotion to the game, and seemingly endless contributions to our hobby! This includes Al at Beyond the Black Gate, because I'm going to be making copious use of his compendiums from 2009, 2010, and 2011 (especially for the random tables)!

Ok, I don't want this post to ramble on forever, so that's all for now. Hope to hear from you out there!
Posted at 1:42 PM

Labels: a to z*, inspiration*