H is for House Rules 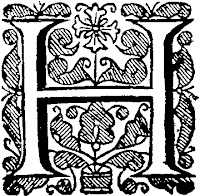 Firstly, let me offer a non-apology for lagging way behind on getting my A to Z done in April. I may strive to wrap things up this month after all, but that will no doubt now entail some doubling up of letters on some of my remaining April days. Ah well, there's nothing for it now!

Anyway, on to the house rules I've worked up for the Labyrinth Lord campaign I'm starting in May. I think these would work fine with any Classic D&D rules or retroclone based on them. Personally, I like to keep house rules to a minimum, but I'm definitely not a total rules-as-written guy. What follows is a mash-up of house rules that have been floating around the blogosphere forever and those I've created myself, along with rules "stolen" from game systems such as Adventurer Conqueror King, Lamentations of the Flame Princess, Myth & Magic, and of course Castles & Crusades.

So, without further ado, here they are:


Hit Points: max at first level.
Attribute Checks: (as needed) roll d20 under attribute score; bonuses/penalties can come from DM for perceived difficulty, difference in levels/HD and/or attributes between character and opponent, etc.


Shields and Saves: at GM discretion, shields may give +1 bonus to saving throws such as breath weapons.


Two-Weapon Fighting: gives +1 to hit.
Natural 1 and Natural 20: a natural 1 is always a miss and a “fumble,” the effects of which are up to the GM. Natural 20 is an automatic hit. GM may also allow for some“fantastic effect.”


Hold Action: during combat, a player can hold their action for use later in the round. However, held actions not used in a round are lost at the end of the round.
Combat Maneuvers: from ACK System (most are -4 to attack roll, opponent save vs. paralysis). These include disarming, wrestling, etc.


Firing into Melee: on a roll of 1-3, a character hits a friendly. Roll another to-hit to see if the friendly takes damage. Chance to hit friendlies is eliminated if a player takes time to aim. Aiming and firing in the same round confers a to-hit penalty of -2. Aiming and waiting until the next round eliminates penalty.
Called Shot: performed at a -8 penalty, but a hit usually means automatic critical (double damage). Taking rounds to aim lowers penalty by 1 for each round taken.


Full Defense (declare at beginning of round): no attack, -4 AC for round


MAGIC USERS:
Counterspell: a magic user can counter another magic user’s spell by casting a spell of the same level. An INT check is made to determine if MU can identify opponent’s spell. The countering is an automatic success, with both spells cancelling each other out.


Memorizing/Recovering Spells: Spells usually take 10 minutes per level to memorize. All spells of a level four below the max spell level usable by the wizard only require 1 minute per level to rememorize. This is borrowed from the Myth & Magic system and used for Clerics and Elves (see below).

CLERICS:
Memorizing/Recovering Spells: Spells usually take 10 minutes per level to memorize. All spells of a level four below the max spell level usable by the wizard only require 1 minute per level to rememorize.

ELVES:
Immune to all undead attacks and also hear noise on roll of 1-2 on d6


Memorizing/Recovering Spells: Spells usually take 10 minutes per level to memorize. All spells of a level four below the max spell level usable by the wizard only require 1 minute per level to rememorize.


Fey Luck: Once per encounter, a Halfling can reroll one of his rolls or the roll of another player or the GM.
Hide on roll of 1-5 on d6

DWARVES:
Can harm creatures that can only be harmed by magic (even with bare hands).

Can also tell direction underground on roll of 1-2 on d6.

Cleave: can attack another opponent immediately after killing/incapacitating an opponent (from ACKS).

THIEVES:
All thief skills progress as Hear Noise (all use d6). After 15th level, roll 2d6 and only fail on double six.