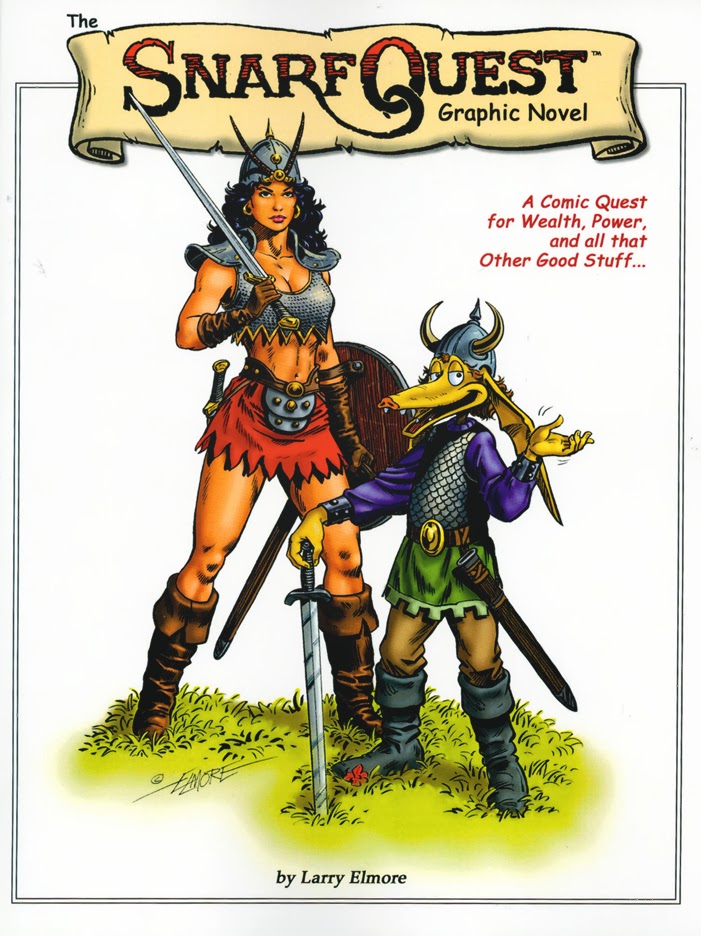 Howdy from the hinterlands, pardners! Where nary an RPG session can be seen! OK, I won't go into another pity party for moi. Just checking in with a tidbit about my boy Larry Elmore.
I was never a huge SnarfQuest fan back in the glory days of the old Dragon Magazine. It got a chuckle out of it, for sure, but I never became a fanatic about it. Anyway, Mr. Elmore has a Kickstarter...uh, kicking right now, through which we will apparently get a new Snarf adventure. Hey, Larry can do no wrong in my book, so I'll be checking this bad boy out. I suggest you do the same. The things already funded and it's still got 41 days to do...so maybe we can pour some extra gravy on dem taters!
Welp, folks, I'm gonna be moseying along now. Hope your gaming is plentiful out there (definitely more plentiful than mine). If you need me, I'll be meandering some more through Jack Vance's Dying Earth and trying to get started on the first book in the Fabled Lands gamebook series.
Posted at 12:35 PM