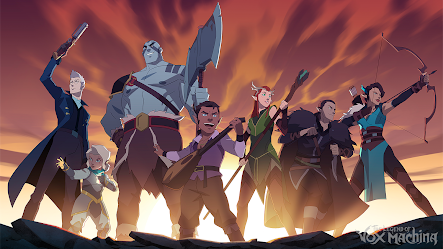 Anyone going to watch The Legend of Vox Machina? I'm going to check it out.

Just off the top of my middle-aged brain, but I don't think I've watched a D&D-based cartoon since...well, the old Dungeons & Dragons cartoon from back in the old days (unless I'm forgetting some other animated offering based on the grand old game). I mean, there's HarmonQuest, Disenchantment, and even Adventure Time...but those were perhaps inspired by D&D and fantasy roleplaying in general. Vox Machina is, I suppose, official "sanctioned" by the owners of D&D at the moment, right?

Anyway, I say we give it a try! Why not, right?