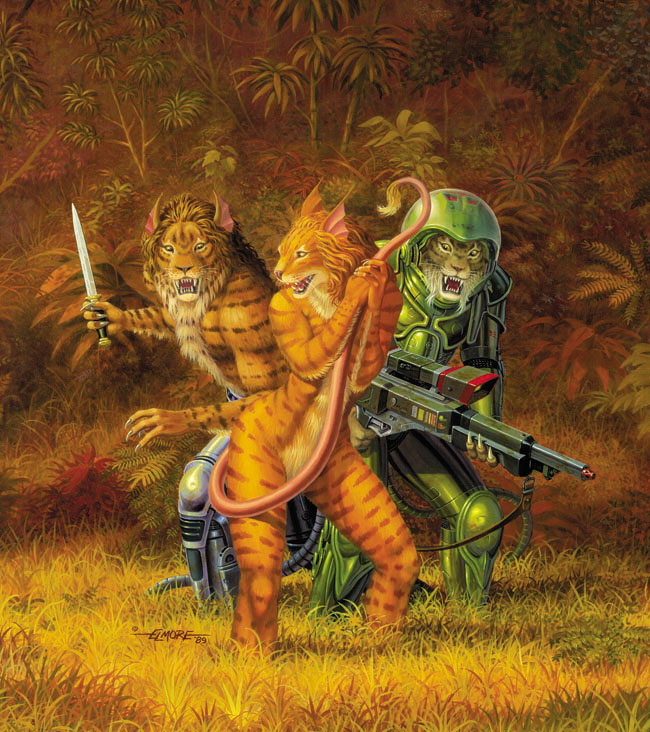 I've been thinking about alien worlds of late. At least, worlds more alien than your typical, default D&D setting based in a Medieval Earth analogue. I'm sort of feeling burnt out on the whole elf/dwarf/halfling thing of late.
Cat people, as depicted above by Uncle Larry, are an oft-used "alien race" trope, of course. Heck, look at that Legends of Chima show that recently premiered on Cartoon Network. I've been thinking that some alternate race options might be a nice change of pace...
But not for my current campaign, of course, which is strictly the old fashioned race-as-class selections of Basic D&D. We're talking the future here, folks! ;-)
And I'm not just looking at new races to spice things up. There has to be a suitably "alien" setting to go with them.
Anyway, can't write much at the moment. I'm working up a longer post about the "lure of the alien." Stay tuned (oh, and of course there's other posts I've been working on for a while now, so there's THOSE to finish up as well. Sheesh, real life getting in the way again!).
Until we meet again, have a great weekend!
Posted at 12:47 PM